There can be so many reasons which you might find interesting and can also distract you in different ways while you think to come up with the best name for your baby girl.

If you have landed on this post that means you are looking out for the best name for your baby girl that starts with the letter E and also signifies a good meaning in all the senses.

Likewise, we have listed out so many names for baby which you can explore that starts with the most used alphabets of the English language and have good meaning too.

So without any further delay let’s dive in deep and explore unique and cool girl names with the letter E that you can have for your baby girl.

Here are the names that you are looking just have a glance at them and choose the best out of the box.

1. Emma. As the most popular girl’s name that starts with E in 2020, Emma means “whole” or “universal.” You may recognize the name from the title character in Jane Austen’s novel Emma.

2. Evelyn. Derived from the ancient Germanic name Avila, Evelyn means “desired.” The name hit its first popularity peak between 1910 and 1920 and is currently having another moment.

3. Ella. Short and sweet, the name Ella is one of those baby girl names starting with E with a few potential meanings. As a diminutive of Ellen or Eleanor, Ella could mean “torch” or “moon” or have royal undertones. However, it could also come from the German name Alia, which means “other.” Regardless, you might recognize the name from the famous singer Ella Fitzgerald.

4. Elizabeth. Always a classic, the name Elizabeth has been used around the world for centuries. It means “my God is an oath” and has several famous bearers, including the British Queen Elizabeth II and the actress Elizabeth Taylor. The name has been the most consistently popular girls’ name in the United States since record-keeping started in the nineteenth century!

5. Emily. As the feminine form of Emil, the name Emily is another classic that never seems to go out of style. Its origins come from a Latin word meaning “rival.” Two famous women writers bore the name, the British author Emily Brontë and the American poet Emily Dickinson.

6. Eleanor. This English name comes from the French form of the title Alienòr, which means “the other Aenor.” It was given to queen Eleanor of Aquitaine to distinguish her from her mother of the same name.

7. Ellie. Like Ella, Ellie is also a short form of either Ellen or Eleanor. Ellen comes from the name Helen, which means “torch” or “moon,” whereas Eleanor is a royal French name for Eleanor of Aquitaine.

8. Emilia. If you like Emily but want to put a different spin on it, try Emilia. This variant is more common in Spanish, Italian, Portuguese, Finnish, Polish, and Balkan languages.

9. Everly. This pretty and popular baby girl’s name starting with E has a unique meaning. It originates from a place name and means “boar” and “woodland clearing.”

10. Eliana. This name is the Spanish, Italian, and Portuguese form of the French name Éliane, which means “sun.”

11. Earlene. Pronounced UR-leen, this name is the feminine form of Earl, which was an aristocratic title meaning “nobleman, warrior.”

12. Eartha. If you’d like a nature-inspired name, it doesn’t get much better than Eartha, which combines the word earth with the feminine suffix -a. Although unique, the name has two famous bearers: the American singer Eartha Kitt and the humanitarian and philanthropist Eartha M. M. White.

14. Edythe. This variant of Edith comes from the Old English name Eadgyð. Edythe combines the elements ead (“wealth, fortune”) and gyð (“battle, war”). If you like a classic moniker like Edith but prefer a rare or unique spin to it, you might enjoy this baby girl’s name that starts with E.

15. Eglantine. A truly rare English name, Eglantine makes a great floral name, as it refers to the bloom known as “sweetbrier.” One of its first uses was in the fourteenth-century story The Prioress’s Tale by Geoffrey Chaucer.

16. Eireann. If you have Irish roots and want a rare name, consider Eireann, which originates from the Gaelic word for the country of Ireland, Éire. The Anglicized version is often Erin, but you can stay unique with this spelling.

17. Elfrida. A variant of Elfreda, this rare baby girl’s name starting with E has an even more unique meaning and origin. It means “elf strength,” which may sound odd to us now, but was once a common and honorable name for Anglo-Saxon nobility.

18. Ellington. From the English surname meaning “old town,” Ellington is a commonplace name across the United Kingdom. It’s also a unisex name, so it’s a good option for baby boy names that start with E, too.

19. Emalee. Another variant of Emily, the name Emalee is a more unique version of this always popular moniker. Emily comes from the name Emil, meaning “rivalry.”

20. Epiphany. Although a common English word now, the name Epiphany originates from the Christian festival in January, which commemorates when the Magi visited the infant Jesus in the Bible. The word means “sudden appearance” or “sudden perception.”

21. Easter. The name Easter has a lot of symbolism to offer. Easter is a Christian holiday celebrating the resurrection of Jesus, so the name evokes a sense of renewal. It’s also a symbol of spring, when nature starts to bloom once again, and the name of the Germanic spring goddess, Eostre.

22. Ebony. This name originates from the black wood of the ebony tree, which is derived from the Egyptian word hbnj. In the United States, the cute girls’ name Ebony is most often used by Black, parents.

23. Effie. A cute and cool girls’ name that starts with E, Effie has two potential meanings. It’s either a diminutive of Euphemia, which means “to use words of good omen” or the Anglicized version of the Scottish Gaelic name Oighrig, meaning “new speckled one.”

24. Eleanora. If you want to put a cute twist on the popular name Eleanor, try Eleanora. Of course, it also comes from the twelfth-century queen Eleanor of Aquitaine.

25. Elicia. As a variant of Alicia, the name Elicia originates from the German name Adelaide and means “noble” and “kind.”

26. Elodie. This name is the English form of the French moniker Élodie, which originates from the ancient German name Alodia. Elodie has a very cute sound and means “other” and “wealth.”

27. Emberly. Emberly is an elaboration of the name Ember, as influenced by the common name Kimberly. The name Ember means the same as the word “ember” in English.

28. Ema. The most popular baby girls’ name that starts with E in the United States in 2020 was Emma. Make the name a little cuter with this spelling, which is also a cute Japanese girl name that means “favor” or “bay, inlet.”

29. Enola. This cute name has unknown meanings but comes from the title character in the nineteenth-century novel Enola by Mary Young Ridenbaugh. You might recognize the name from the 2020 film Enola Holmes about the fictional Sherlock Holmes’ sister.

30. Essence. The word essence refers to a “scent” or “fundamental quality,” and had a popularity spike as a girls’ name in the 1990s. It’s both a cute and sweet name!

31. Edith. If you’re reading this list in full, you may remember that this classic moniker has a unique variant spelling of Edythe. The name comes from the Old English title Eadgyð and combines the elements ead meaning “wealth, fortune” and gyð meaning “battle, war.”

32. Edna. In terms of old-fashioned girl names, it doesn’t get more retro than Edna! This name either means “pleasure” in Hebrew or “grain” in Irish.

33. Eileen. This classic baby girl’s name that starts with E comes from the Irish moniker Eibhlín, which, like Evelyn from above, originates from Avila, meaning “desired.”

34. Elaine. The English name Elaine comes from the French form of Helen, the ancient Greek moniker that means “torch” or “moon.”

35. Elise. Elise is a long-running short form of Elizabeth in the United States, which means “my God is an oath.” You’ll find several variants of the classic and popular name Elizabeth on this list!

36. Elvina. Popular at the turn of the twentieth century, the name Elvina is a variant of Alvina, the feminine form of Alvin. The name has the sweet meaning of “old friend.”

37. Erica. It’s possible that you know an Erica from every generation, but the name had its biggest popularity run in the 1980s. It’s the feminine form of Eric, which means “ever ruler.”

38. Erma. As a variant of Irma, this old-fashioned name relates to the very popular name Emma, as both mean “whole” or “universal.”

39. Esme. This cute and old-fashioned gender-neutral name has several variant spellings, including Esmé. The name means “esteemed” or “loved” in Old French.

40. Estelle. With Latin origins, the name Estelle means “star.” It was once a very rare name but gained popularity in the nineteenth century.

41. Em. Shorten the oh-so-popular name Emma even further and go with the spelling of Em. This name can also be used as a short form of Emily. So, therefore, Em can either mean “whole, universal” or “rival.”

42. Ebba. Either as the feminine form of Ebbe or originating from an Old English name, Ebba most likely means “brave.”

43. Elea. Most people associate the name Elea a a short form for Eleanor, a royal name from queen Eleanor. However, Elea was also the name of an ancient Italian town.

44. Elsa. Although short form for Elizabeth, which means “my God is an oath,” you can’t hear the name Elsa and not think of the hit Disney film, Frozen!

45. Elle. In French, the pronoun elle simply means “she,” but the name Elle can also be another short form for Eleanor or Elizabeth.

46. Elma. Despite being such a rare name, Elma connects to several other monikers, including Wilhelmine, which originates from William, meaning “desire” and “protection;” Elizabeth, meaning “my God is an oath;” Mary, meaning “beloved;” and Anselma, which means “god” and “protection.”

47. Eppie. This cute, cool, and short baby girl’s name that starts with E is either a diminutive of Euphemia, meaning “to use words of good omen,” or Hephzibah, which means “my delight is in her.”

48. Erin. As mentioned above, this name is the Anglicized version of Eireann, which relates to the Gaelic word Éire, meaning Ireland.

49. Esta. As a diminutive of the name Esther, Esta also means “star.”

50. Etta. This short girl’s name starting with E is the nickname for Henrietta or other names ending in -etta. Henrietta, which originates from Henry, means “home-ruler.” Perhaps the most famous bearer of the name is the American singer Etta James.

Conclusion on Unique Girl Names That Start With E

You can choose any of the above-listed names for your baby girl that starts with the letter E that not only sounds good but also have the best meaning too.

So that’s all for the cool and unique girl names that sound good and have a good meaning too.

Don’t forget to share it with your friends and family members who want to name their baby girl with this kind of starting letter. 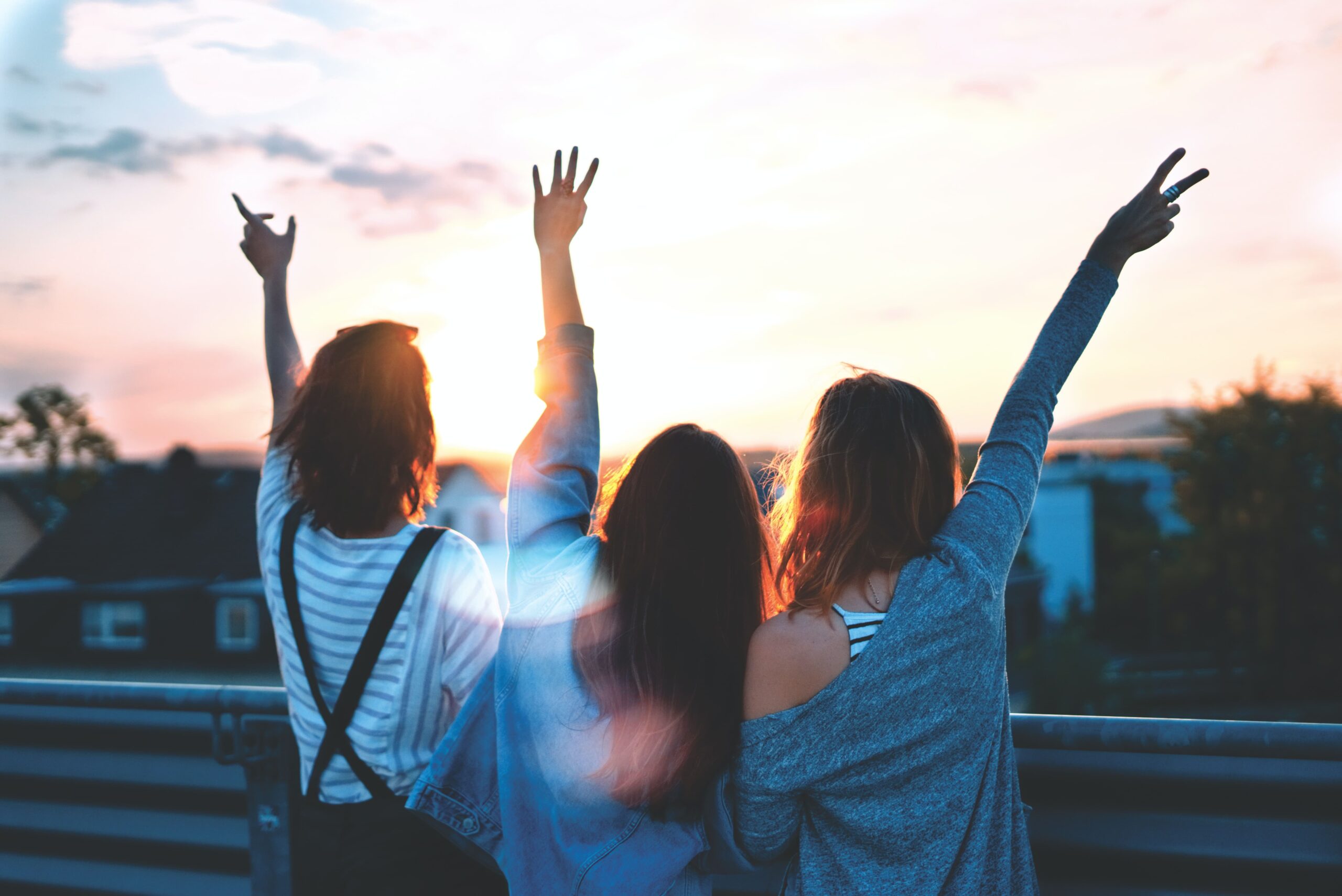