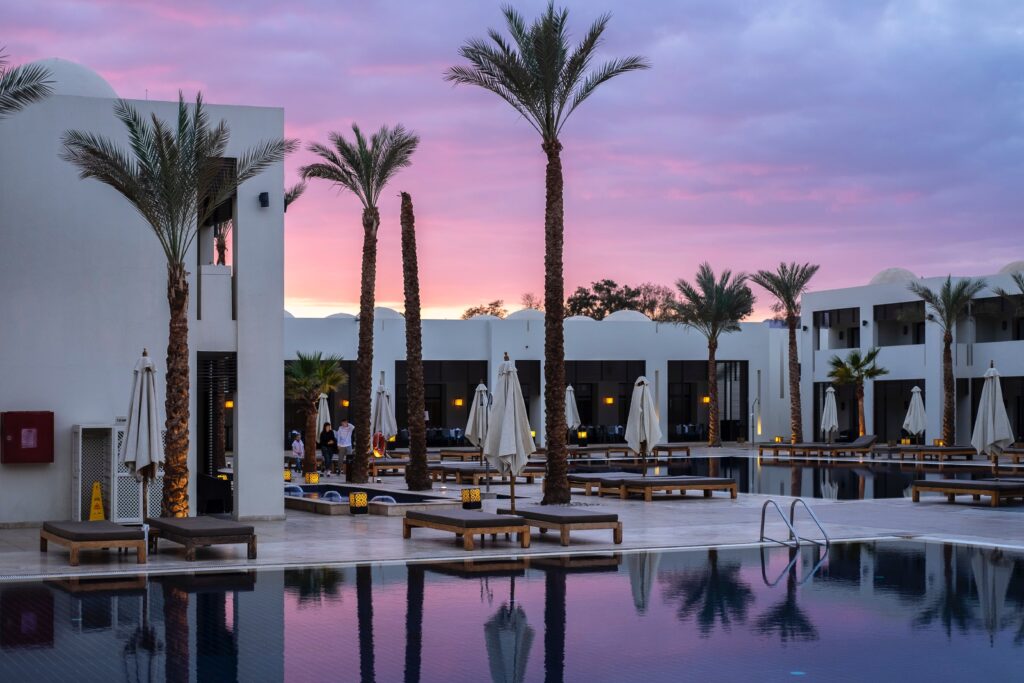 For many travelers, hotels are simply a means to an end — little more than a place to crash after a long day of exploration.

An architectural wonder and one of the most famous hotels in the world, the Burj Al Arab is a Dubai icon. The third-tallest hotel on Earth, it sits on its own private island and is shaped like a giant ship’s sail. The hotel is over 1,000 feet tall and features infinity pools overlooking the Persian Gulf, nine restaurants, a luxury spa, and a $24,000-per-night suite fit for a king. And if staying here isn’t ritzy enough, the hotel also offers guests the option to arrive by private helicopter transfer or via Rolls-Royce (the hotel owns the world’s largest fleet of half-million-dollar car; 10 of them). 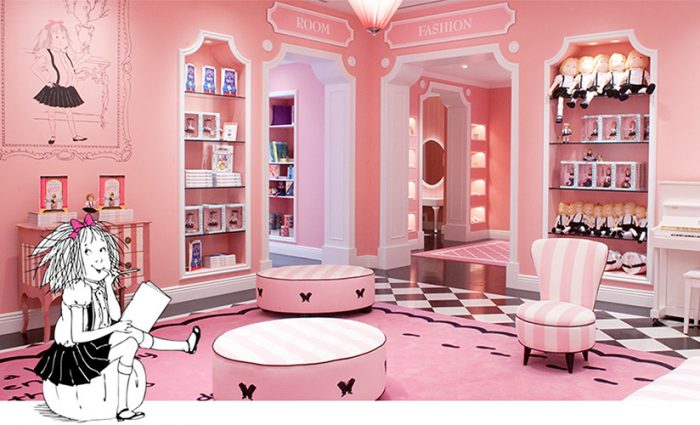 New York’s most famous hotel is a French-style historic landmark adjacent to Central Park that opened in 1907 and was quickly dubbed the “greatest hotel in the world.” The Plaza has served as a filming location for classic movies like Alfred Hitchcock’s North by Northwest and millennial-favorite Home Alone 2—and even offers a Home Alone 2 package that will serve you the ice cream Kevin eats in the movie. Because it was the setting of the beloved children’s book Eloise at the Plaza, the hotel also offers an all-pink Eloise Suite. And if all that isn’t enough, The Plaza has also hosted some of the 20th century’s most famous musical names—from Miles Davis to Peggy Lee. To this day the ultra-luxurious hotel staffs a white-gloved butler on every floor and offers traditional etiquette lessons at The Plaza Hotel Finishing Program.

A symbol of Singapore’s crazy-rich luxury offerings, the Marina Bay Sands is a famous hotel that’s become best known for its massive rooftop infinity pool, which connects the hotel’s three buildings and overlooks the Marina Bay. You have to be a hotel guest to visit the pool—but base room rates are surprisingly reasonable, starting at around $300 per night. The Marina Bay Sands made headlines when it first opened in 2011, and again in 2018 when North Korean leader Kim Jong-un visited it during a summit of world leaders.

The massive resort and casino built around Nassau’s Paradise Island, Atlantis is a famous hotel for having the largest open-air marine animal habitat in the world. Named for a mythical underwater empire, the real-life resort’s Royal Towers make it looks like a castle. The Atlantis Resort has six unique sections all centered around Aquaventure, a 141-acre water park featuring 11 pools, a lazy river, and the iconic “Leap of Faith” waterslide—a tube that passes down a faux Mayan temple and through a live shark tank. And if you’re not looking for shark-adjacent thrills, it all sits beside five miles of pristine Bahamian beaches.

Want to sleep where Marilyn Monroe once lived? Dubbed the Pink Palace, the retro-luxe Beverly Hills Hotel on historic Sunset Boulevard has served as a meeting spot and makeshift home to a slew of movie stars like Monroe while they were working on set in Los Angeles. Elizabeth Taylor and Richard Burton also honeymooned at the hotel in the 1960s, and many more celebrities of Hollywood’s Golden Age made the property their go-to hotel. To this day Bungalow Seven, the room which is rumored to have been Marilyn Monroe’s favorite, is nicknamed Norma Jeane—the star’s real name.

Rio de Janeiro’s most famous hotel, the Copacabana Palace is known for its location on one of the world’s best beaches. The property’s art-deco style dates back to the 1920s and the spacious rooms are an added bonus to the prime Copacabana Beach location, on-site pools, and top-notch customer service—all in the heart of Rio.

If visiting the far-off French Polynesian islands of Tahiti aren’t enough of a status symbol for you, staying at a world-famous hotel on a private island should be. The Brando is named for actor Marlon Brando, who purchased the island after having filmed a movie there.

A former palace that dates back to the 12th century, La Mamounia Marrakech is a Mudejar-style luxury hotel that will transport you back in time. Named the Best Hotel in Africa and the Best Urban Hotel in the world, its four restaurants, full spa, pools, and quiet terraces are all within walking distance from bustling historic landmarks like marketplaces, Koutoubia Mosque, and Bahia Palace. 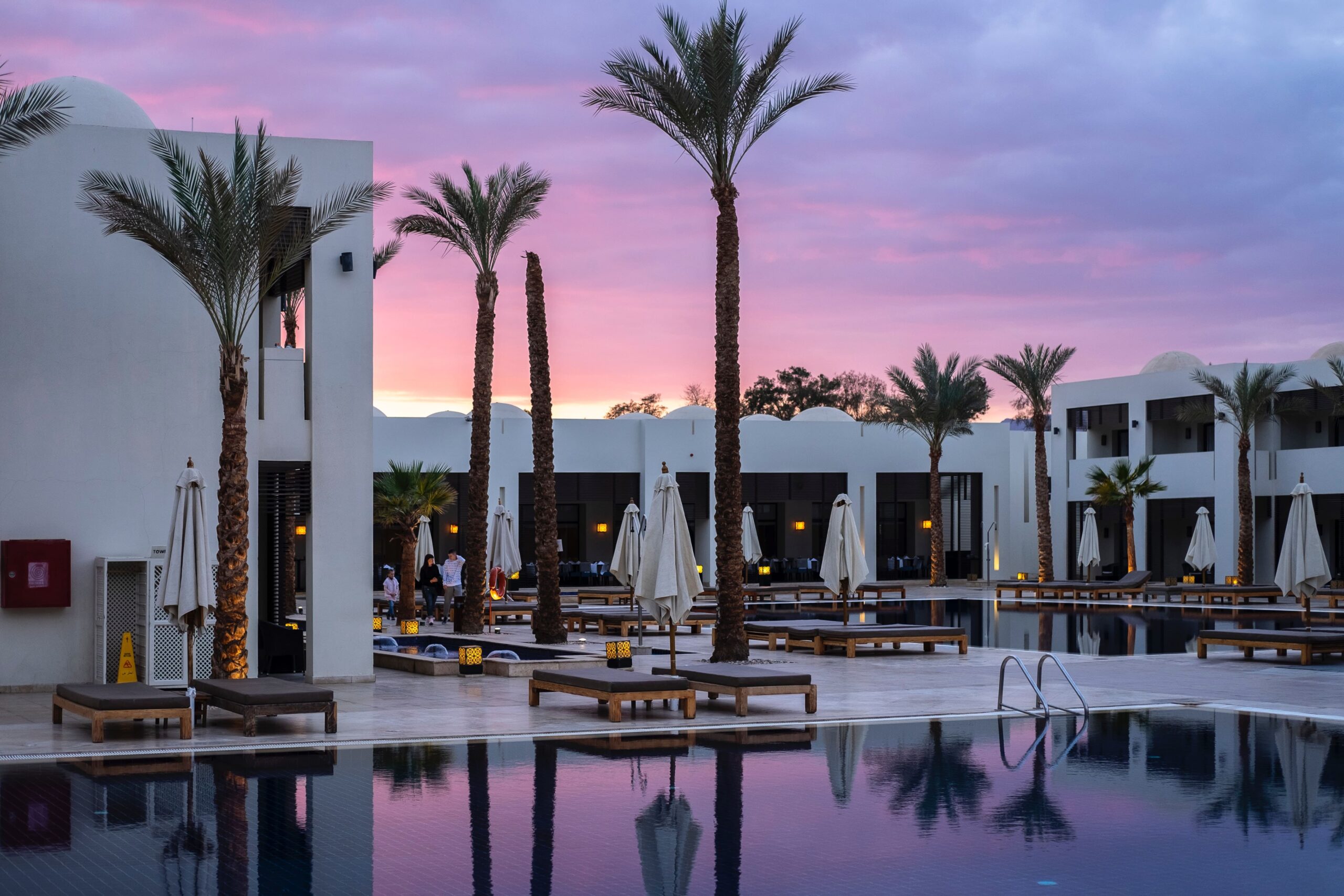